What is Post Punk ? (If you already know the answer or you could care less -please skip ahead 3 paragraphs) I would be one slouch of a blogger if I did not attempt to give you a quick and boiled down Music History lesson. Let's start with the first Punk Rock movement of the early 70's. There were bands like the Sex Pistols, The Clash, from the U.K. (where Punk originated) and The Ramones in the U.S.A. Those bands and others like them took basic rock music of the time, removed all of the fillers and high gloss production, to make it sound raw. Then they pumped the music full of hyper youth extract, gave it an anarchic tone in the lyrics, and then shot it out of a cannon. This turned the music world on its head. Music like The Beatles and Phil Spector's wall of sound were truly dead to the new younger generation who was taking over. Then instead of the older generation yelling out "get your hair cut, you hippie bastard," the older folks would run away screaming, "run for your lives !"

Then in the late 70's and early 80's Punk splintered off into several different directions. Yes, mainstream punk remained the same through today. Post Punk, was after the 1st Punk wave (DUH). Sometimes people, less caring than you & me, confuse Post Punk with New Wave. They both have similarities with keyboards where mainstream Punk was mostly keyboard free. New Wave generally has a more happy and poppy futuristic polished production sound with keyboards and sometimes synthesizers & sequencers. Blondie is an example of one of the early bands. In the 80's New Wave spun into bands like Flock of Seagulls or up beat & danceable club music like Dead or Alive.

Post-Punk feel is more of an inward reflection instead of outward rebellion. The lyrics are more in touch with ones feelings and self-introspective with a melancholy twist. It is more polished and less of the "get out of my way," attitude of older cousin punk without the complex intertwined and overlapping keyboards, synthesizers, & sequencers of New Wave. Many Post Punk tunes can also have a bit of conflicted feelings within the song. An artistic struggle of moods between sadness and hope. (PETA ALERT- skip to the next paragraph if you belong to PETA) If a true Punk song were a type of meat, then it would be steak tar tare. Raw with an egg and served smacked in your face. If a true Post- Punk song were a type of meat, it would be veal. Starved, kept cold & placed inside, deprived of any sunlight. To the fans, that is just the way they like it. Served cold, dark, & moody. Some of the more successful Post Punk bands are The Cure, Siouxsie and the Banshees, Echo and the Bunnymen.

And then came The Silence Kit.


Track #2
The Magician (link to music at the bottom)
More of an upbeat melody than the next track. The song is a good Post Punk example of a moody conflict between sadness and hope. But it does it by complaining without being whiny. (many other Post Punk songs seem too whiny to me) It sure does a job on one's perspective of waiting. Lyrics are waiting for an answer while asking a question: "what good would it do?" "to hold my breath for you." This tune is lyrical closer to the Smiths without Morrissey's presentation. It does have more of a hopeless drifting away. Production wise, the vocals are mixed a tad under the music bed. Not exactly buried, just slightly under the radar. The musicianship is well rounded and all members seem to hit their mark.

Track #3
And That Was It (link to music at the bottom)
Basic cord structure of darkness wrapped in self-pity. Downright moody. This tune does grab you and take you into a inter space that does not exist if you have an optimistic personally (or so I thought). This song does have a better mix than the previous track. The vocals are a bit brighter even though the lyrics are a bit darker. Lyrics bleed you : "colors pouring out of me." When one pours out their colors, all of their colors by basically draining the blood, this song is what is leftover. A good sounding guitar solo does paint a nice little ray of hope. Good clean and happier tones but it is at the end of the song. It’s a good thing, too. By that time I was in desperate need of holding on to something.

The Silence Kit is the perfect name for the style / genre of music they do. It is my opinion after listening to both of these songs by The Silence Kit : they are a bit on the artistically dark side with broad strokes of melancholy mixed with a heavy hearted pessimistic outlook. The music places you directly in the ocean of dispare then they throw you a life vest, as it starts to rain. Musically they are safe but emotionally you are not. You will like them if you truly appreciate lyrics where things are not going to be all right, and you are emotionally on a place that is level. (I almost said : then you will love The Silence Kit, but then happiness and love don't mix well in the moody Post-Punk world. A world where this band fits nicely.) If you're a Post-Punker, The Silence Kit is made for you. Especially when you are having your half empty cup of tea laced with The Mighty Lemon Drops and you enjoy the domestic melancholy after taste. All that I know, is that after sampling theses tunes, I just need a real big hug.

Link to music by permission.

Click on "HOW TO SUBMIT MUSIC" box at the Top of this Page for info on how to submit your new CD or notify us about your LIVE Performance...... we might do a review on your talent. 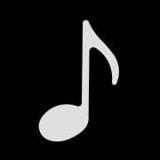